RATOATH OFF TO A WINNING START IN THE 2020 CHAMPIONSHIP 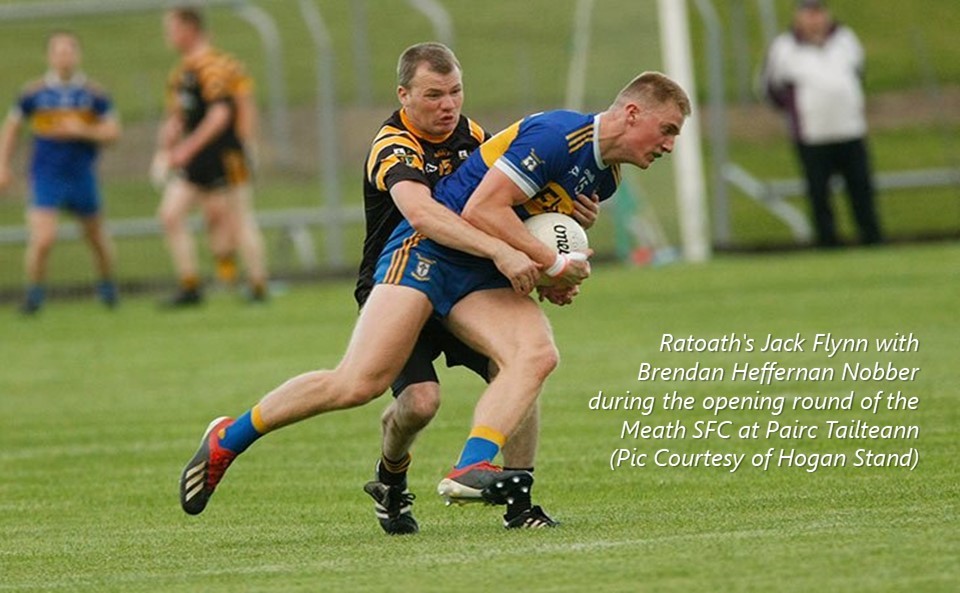 Ratoath’s senior footballers were convincing winners of this first round championship game played in Pairc Tailteann ,Navan on Friday evening .

Having said that their opponents Nobber got off to a dream start with a goal and a point inside the first 5 minutes. After that though the defending Keegan cup holders soon settled with points from Daithi & Ben McGowan and Bryan McMahon they managed to draw level at the drinks break 1-2 to 0-5.

The momentum was now firmly with the men in Blue & Yellow and shortly before half time two goals in quick succession from Jack Gillespie, following good work by Connell Ahearne and another from McMahon put daylight between the sides. 2 pointed frees from Daithi McGowan before half time left the scores 2-10 to 1-4 at the interval.

The second half Brian Farrell's charges continued to up the ante and 2 more goals this time from Ahearne & Daithi put the outcome beyond doubt. with the score 4-13 to 1-4 with 20 minutes to go . Nobber , to their credit , continued to battle and their efforts were rewarded with a second green flag raised in the 50th minute .The remaining minutes though were all Ratoath and with notable scores from Ben McGowan ,Cian Rogers & Conor Rooney as well as another goal from McMahon they eventually ran out comfortable winners .

(Article Courtesy of The Hogan Stand)