RATOATH SENIORS CHALK UP ANOTHER WIN IN CHAMPIONSHIP 2020 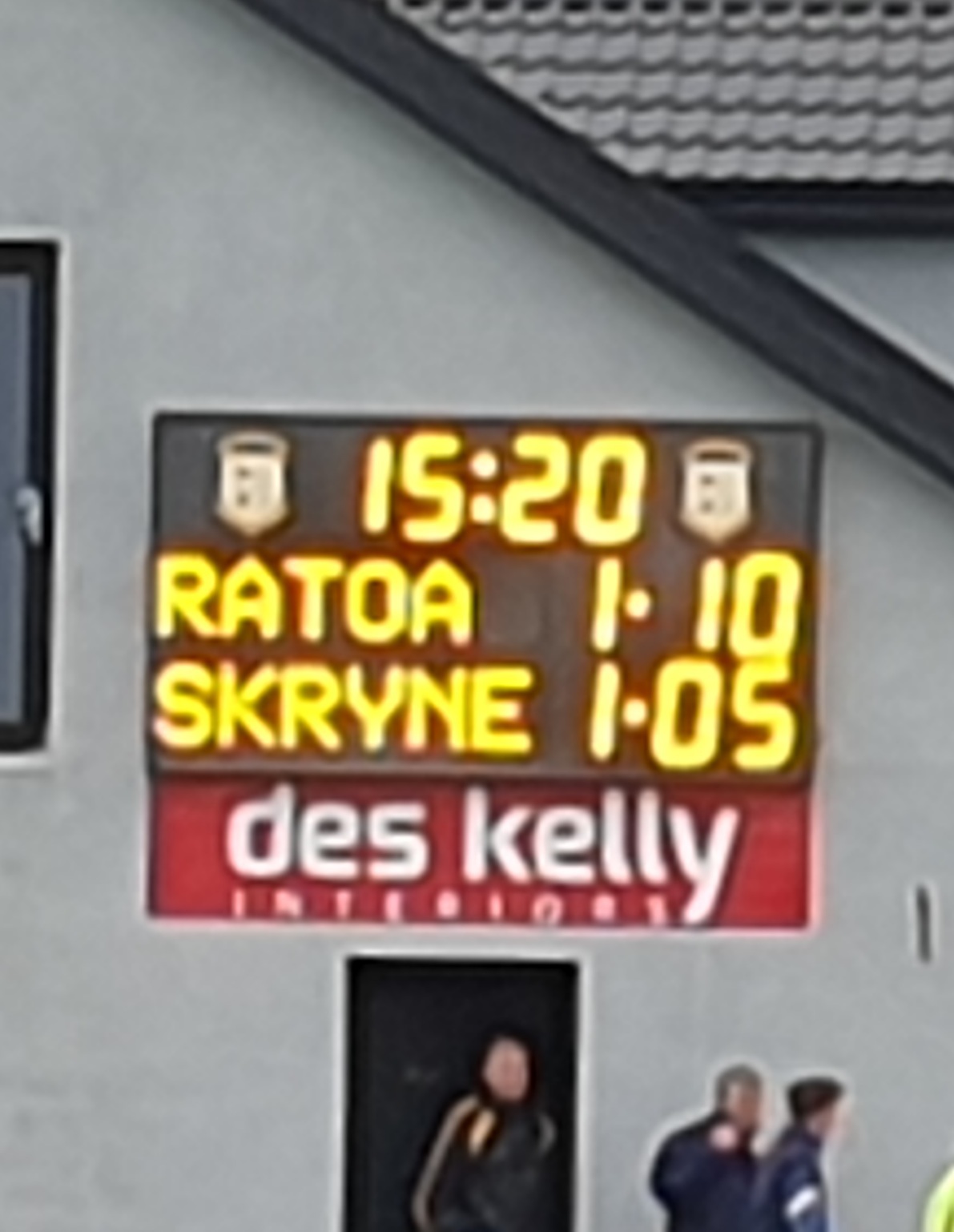 Ratoath just about had enough , courtesy of a strong second half performance to get the better of Skryne in this second round championship clash played in wet & windy conditions in Dunshaughlin on Sunday afternoon. The game began as the first half would pan out as scores proved hard to come by . Bryan McMahon opening the scoring with a point in the 5th minute but after that Skryne held the upper hand for most of the first half albeit in a low scoring affair . Other scores from play included Dara Kelly, Gavin McGowan & another white flag raised by McMahon. Brian Farrell's charges were rocked though on the stroke of half time with a Skryne goal putting them 3 points ahead at the break 1-4 to 0-4

Ratoath came out in the second half with a renewed sense of purpose and a second Kelly point sent them on their way. Further points from McMahon ( free) and an excellent Daithi McGowan point levelled the score . Skryne did go in front again in the 13th minute with a well taken point but this would prove their final score as their forwards got very little change out of a well organised Ratoath defence with Conor McGill & Ciaran Ó Fearraigh in particular prominent Cian Rogers put his side in front with 10 minutes to go and then the crucial score in the game came in the 54th minute when Conor Rooney finished to the back of the net after being put through by Gavin McGowan. Rooney was on hand again to convert the final score again from a placed ball as his side ultimately prevailed by 5 points