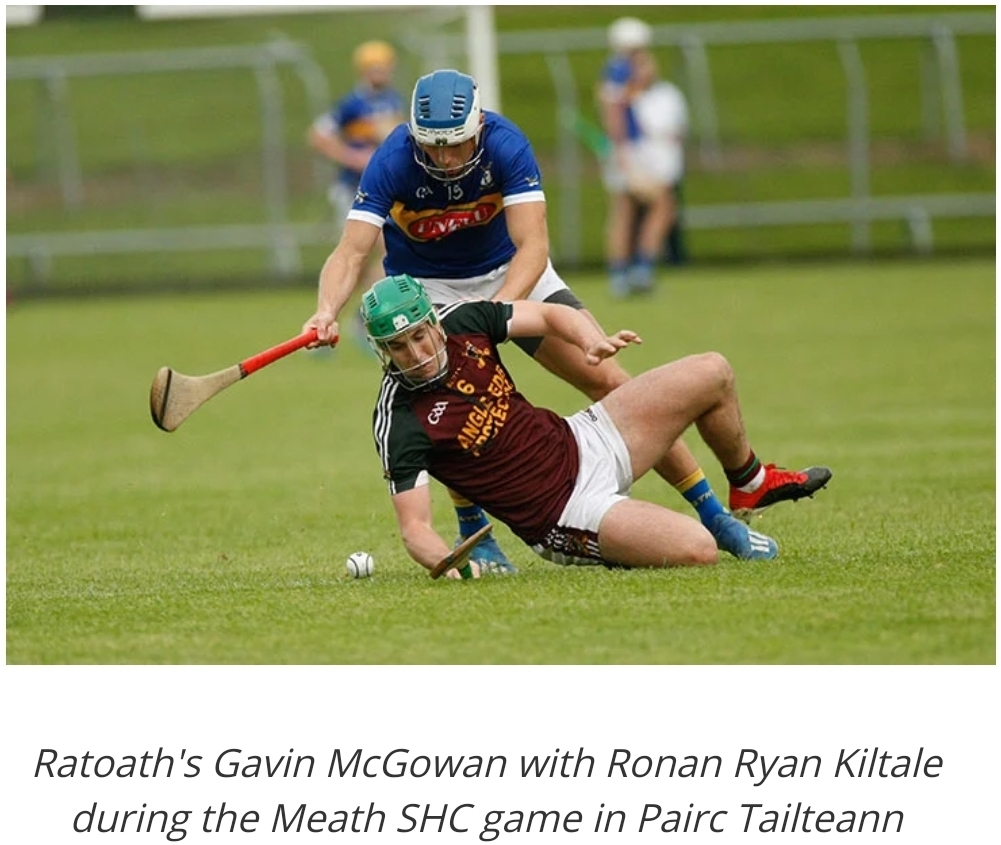 Despite playing with the wind in the first-half, Ratoath leaked a goal within 20 seconds of the throw-in with Fearghal McCabe netting for Kiltale.

Ratoath responded well to this setback with Darragh Kelly levelling matters from play in the eighth minute.

Then a Padraig O'Hanrahan free put them in front for the first time. There they remained to the end despite resolute Kiltale pressure.

Ratoath were good value for their win which ends Kiltale hopes of regaining the title the surrendered to Kilalkey in last year's decider.

The champions are next on the agenda for Ratoath to decide first and second places in this section.

Jack Regan's accuracy from placed balls kept Kiltale in contention. However, a magnificent Gavin McGowan effort closed the first-half scoring to leave Ratoath ahead by 0-14 to 1-6 at the break.

O'Hanrahan (free) move Ratoath six clear within a mnute of resumption. After the sides exchange further points Kiltale enjoyed a profitable spell, having the deficit by the 37th minute with three points on the spin, two Regan free (one from the half-way mark) and Fearghal McCabe.

Still Kiltale found it hard to mark progress against a resolute Ratoath defence well-marshalled by Darragh Kelly. Ratoath were more economical with six wides to Kiltale's 10 (seven of those came in the second-half).

There were just two points in it when Ratoath were awarded a somewhat controversial 56th minute, close to the Kiltale goal. From it O'Hanrahan completed his tally.

Kiltale battled on but lost a close range free, for what seemed to be retaliation. Then, in the fifth minute off stoppage time Regan fired a 20-metre free to the net to cut their deficit to a point for the first time since Ratoath took the lead.

It was the last act of a game that raises Ratoath hopes of making an impression at the business end of the championship.