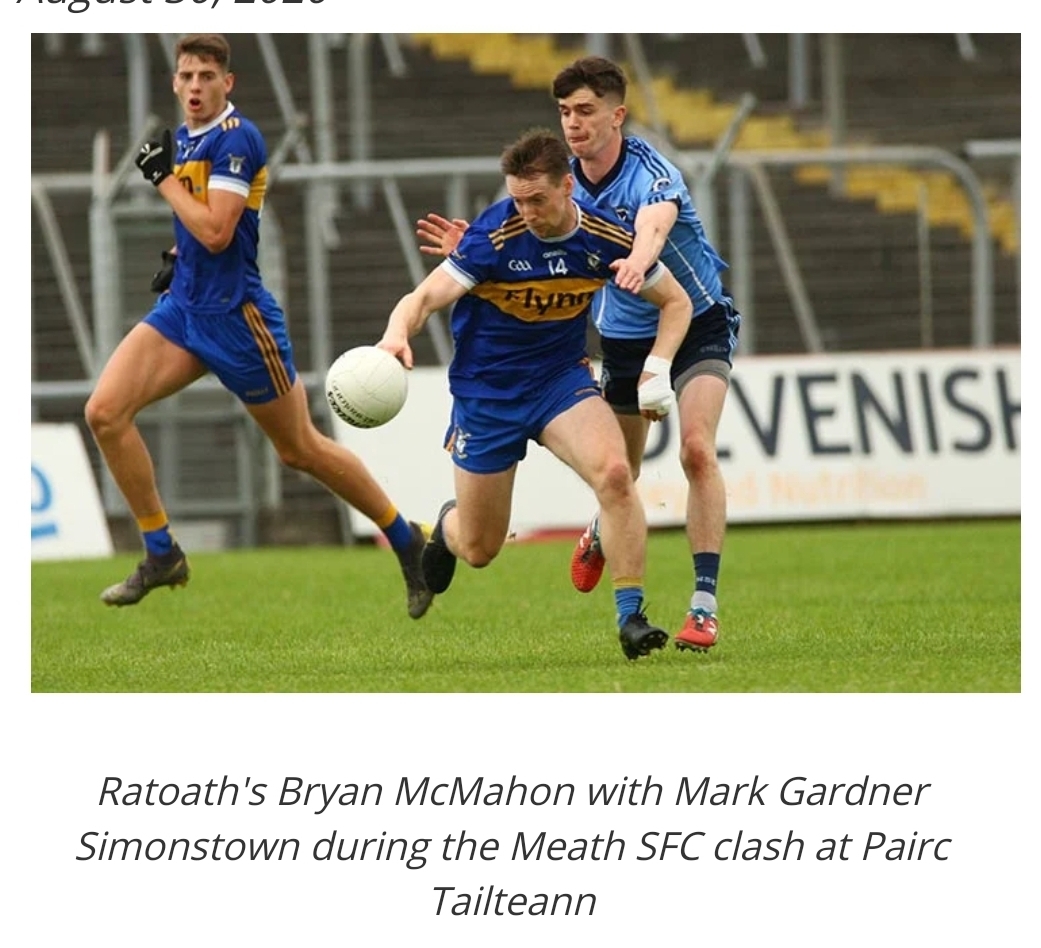 From the second-half water-break Ratoath outscored Simonstown by 0-4 to 0-1 in a great contest to book a semi-final meeting with Summerhill, the team they beat in last year's final.

It was a pity that this engrossing contest couldn't have been witnessed by a 'live' audience.

On an ideal evening for football Ratoath defended the hospital end in the second-half with a three-point interval deficit, 0-5 to 0-8.

Gavin McGowan led the scoring stakes for Ratoath (with five points) including the first score of the second-half.

As Ratoath eroded the deficit in the third quarter, Simonstown passed up a number of scoring chances.

Ratoath replacements had a bigger bearing on the outcome, notably Padraig Byrne whose point put Ratoath ahead for the first time. With the hour almost up Byrne was fouled for the free from which Bryan McMahon got the winning score.

Simonstown sub Conor Sheridan landed a point from a forward mark, in the 54th minute, that tied the scores, 0-10-each, for the second and final time.

Shane O'Rourke's 15-minute cameo didn't have the same impact as in the opening round win over Skryne. Ratoath's superior fitness told in the end.

In the last action of the game, Simonstown won a free about 20 metres out. It was played to a player too close to the kicker and with it went the north-Navan side's bid for a third title in five years.

Eager to put behind them their shock loss to Nobber last time out, Simonstown burst from the blocks posting six points without reply in the opening 13 minutes.

Ratoath pulled two points back before the water-break through Gavin McGowan and Daithi McGowan.

Ratoath managed to pull another point back during the second quarter, getting the gap down to two through Cian Rogers in the 26th minute.

Padraig McKeever wrapped up the first-half scoring to leave his side three points to the good after an enjoyable first-half.