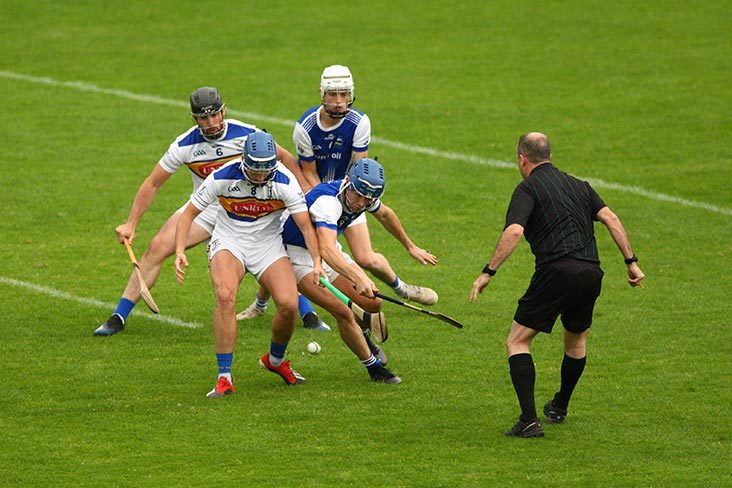 Ratoath ran out 16-point winners over holders Kildalkey in this round three encounter on Saturday evening.

Having served notice of potential in disposing of Kiltale last time out, Ratoath staked a big claim for Jubilee Cup honours with an impressive showing here.

Ratoath - in their change strip - were fitter, stronger and sharper here, registering 24 scores in the process.

Some of their scores were splendid efforts. Once again, Padraig O'Hanrahan led the way. This time registering 1-10.

His goal came in the 29th minute with his team leading by 1-8 to 1-7. Padraig Byrne's point attempt rebounded off an upright with O'Hanrahan reacting quickest to net.

Cian Rogers scored a goal in each half. His first, in the third minute, came when he got on the end of a Gavin McGowan cross and made it 1-0 to 0-1.

His second came just after the second-half water-break. It was a text book effort, a low driven shot that had too much for Kildalkey's Mark McCormack.

Backed by the breeze, Kildalkey responded well to the concession of the opening goal. Luke Rickard's three-pointer had them in front by the seventh minute.Three minutes later they were three ahead.

It was Ratoath's turn and Kelly's pointed free - from his own 65 - was the highlight as Ratoath kept in touch. O'Hanrahan hit four scores on the bounce as Ratoath reasserted themselves. His 24th minute pointed 65 was time the sides were level.

Having been 2-8 to 1-8 ahead at the break, Ratoath enhanced their position from the restart to claim an important win.

In their fourth campaign since gaining promotion, Ratoath made full use of the elements in the seccond-half outscoring Kildalkey by 1-13 to 0-5.

In the third quarter, Ratoath gradually put distance between themselves and Kildalkey with some brilliant points to reach the water break leading by 2-17 to 1-12.

After Cian Rogers' second goal the scoring rate diminished in the fading light. Ratoath have a semi-final joust to look forward to. Kildalkey secured a quarter-final place. It remains to be seen if the 2019 champions can recover from this hammering.