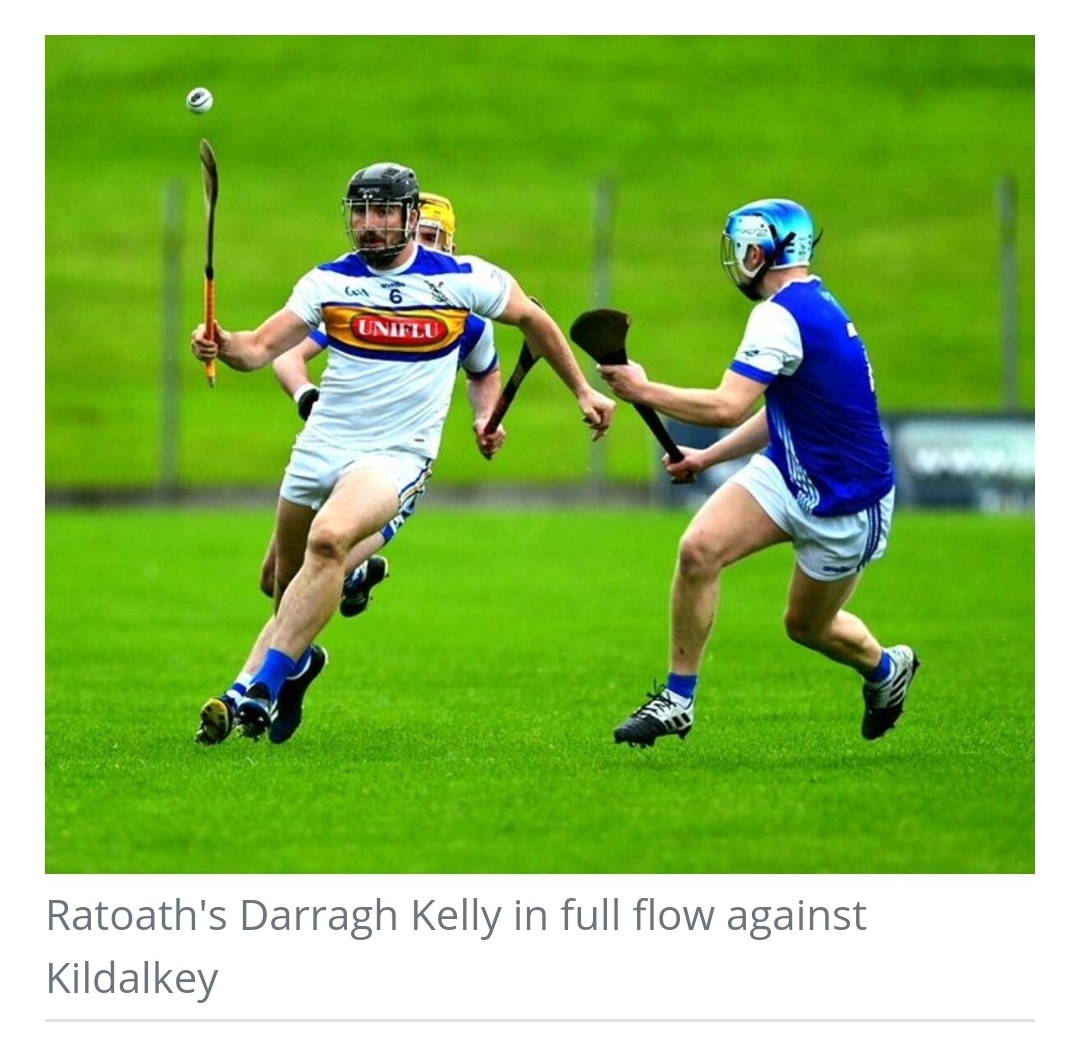 It was as clear and as loud as a church bell ringing in the still of the afternoon.

Ratoath mean business in this year's SHC and they issued a real warning to the other pretenders to the crown when they defeated Kildalkey 3-21 to 1-12 at Pairc Tailteann this evening.

The term 'defeat' goes only some of the way towards describing just how dominant Ratoath were. At times they were awesome with their victory securing a place in the last four.

From the time Padraig O'Hanrahan fired home their second goal just before the interval they were looking good for a win in this encounter.

They led 2-8 to 1-8 at the break and were outstanding throughout particularly in the second-half when, with the breeze behind them, they surged away leaving Kildalkey firmly in their slipstream.

O'Hanrahan capped a fined display with 1-10 to his name including a number of sweet points from play.

However, there were others who hit excellent scores including Gavin McGowan, Daithi McGowan, Cian Rogers, who hit 2-2, and the pacy Padraig Byrne.

The winners' outstanding player in an outstanding team display was Darragh Kelly who controlled affairs from his centre-half-back position and slotted over two booming points from frees.

Kildalkey rarely found their best form. They led briefly in the early stages but were sluggish and lethargic and were badly exposed by the pace in the Ratoath side.

The impressive Luke Rickard fired home a goals for the Village side on seven minutes but it failed to spark them into life. Rickard was one of their best performers with Brendan McKeon, Niall McNally, Conor Kearney and Kevin McKeon others to show up well.

Paddy Conneely slotted over seven points from frees over the hour but Kildalkey hardly mustered an attack in the second-half with only some heroic defending keeping the Ratoath hordes at bay.

Kildalkey have a quarter-final tie now against Kilmessan to try and get their campaign back on course but they know they will have to up their game considerably to resurrect their battered ambitions.