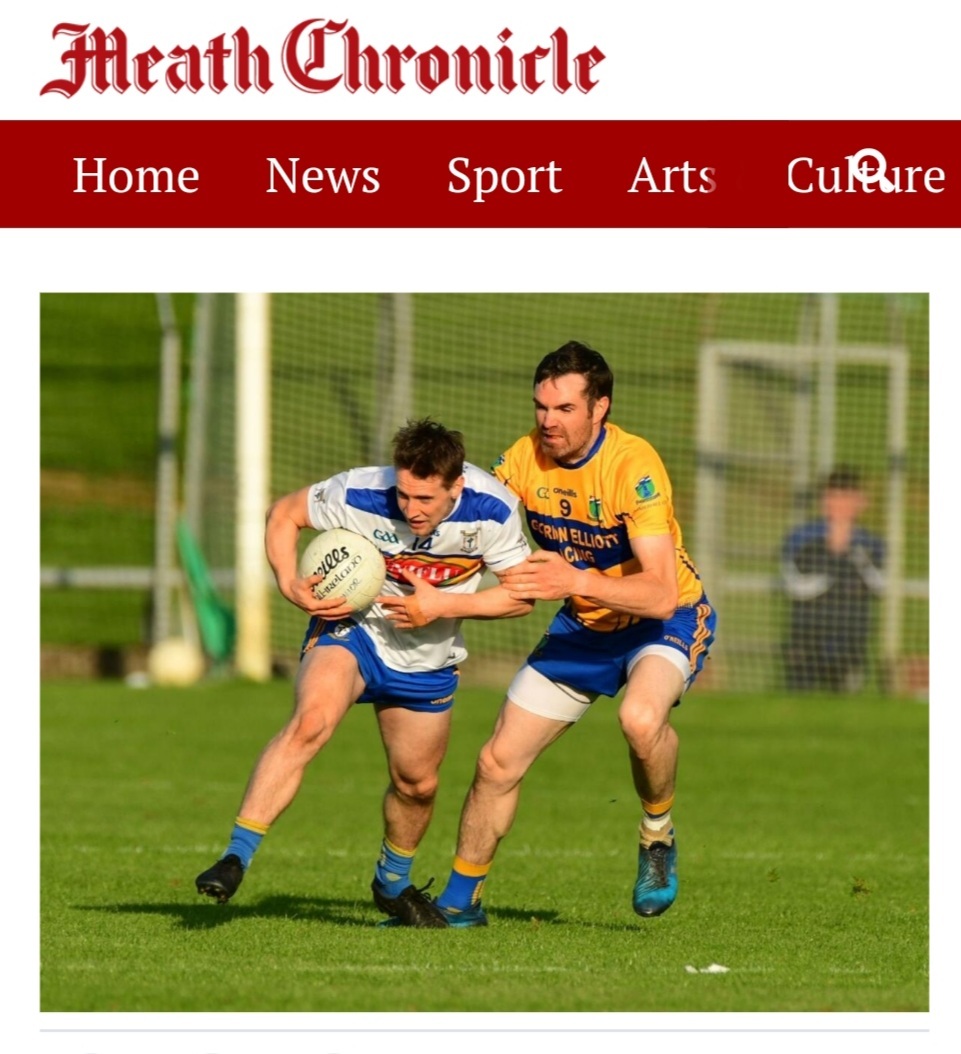 Ratoath march on to final

Ratoath turned on the style in the second-half and coasted into their second successive SFC final with a 1-14 to 1-9 victory over disappointing Summerhill at Pairc Tailteann this evening.

After a tight, tough and tense opening period it was Summerhill who led by a point courtesy of a Barry Dardis penalty, but after the break Summerhill struggled as Ratoath uipped the tempo and pulled clear with a devastating six minute spell that yielded 1-3 and pushed them five clear.

Ratoath signaled their intentions early on with a Jack Flynn point after just 13 seconds, but Summerhill showed plenty of attacking verve against the wind and replied a minute later with a fine score from David Larkin.

Andy Gerard and Conor Rooney pushed Ratoath two clear, 0-3 to 0-1, and for the next 27 minutes that lead shifted from one point to two on several occasions as the sides traded point-for-point.

Conor Frayne made it 0-2 to 0-3 before Bryan McMahon converted the first of his three frees and after John Keane galloped forward for a fine point McMahon added his second free to make it 0-5 to 0-3.

Two successful frees from Dardis, the second an absolute peach from a difficult angle 40 metres out, sandwiched a point from Cian Rogers as Summerhill closed the gap to 0-5 to 0-6, but on the stroke of the half hour Flynn restored a two-point cushion for Ratoath.

However three minutes into injury-time John Lavelle's goal bound run was unceremoniously halted by Conor McGill and referee Cormac Reilly awarded the penalty which Dardis brilliantly despatched to ensure a 1-5 to 0-7 interval lead for Summerhill.

Both sides looked nervous in the opening stages of the second period and it took Ratoath six minutes to restore parity from a Rooney point.

Seconds later Kevin Ryan restored Summerhill's lead, but they failed to add to it as Dardis missed a free and Frayne snatched at a decent chance.

After those let-offs Ratoath took over. Two outstanding points from Rooney and Flynn restored Ratoath's lead and when Daithi McGowan pointed after a clever one-two with Cian O'Brien it gave Ratoath a two-point lead again, 0-11 to 1-6.

That advantage quickly became five when Lavelle fouled O'Brien inside the large square to concede a penalty and after he was sent to the sin-bin for 10 minutes Rogers converted from the spot to put Ratoath in the driving seat and they never looked back.

The closing quarter was a foregone conclusion. Summerhill huffed and puffed, but, apart from a half chance for Davy Dalton that was well smothered by Ben Wyer, they never looked like creating the goal chance they needed.

Connell Ahearne marked his introduction with a point before Dardis ended Summerhill's 17-minute barren spell to close the gap to five again.

Daithi McGowan and Dardis (free) traded points and in injury-time Diarmuid McCabe and McMahon (free) did the same as Ratoath free-wheeled over the finish line to maintain the defence of their Keegan Cup crown.