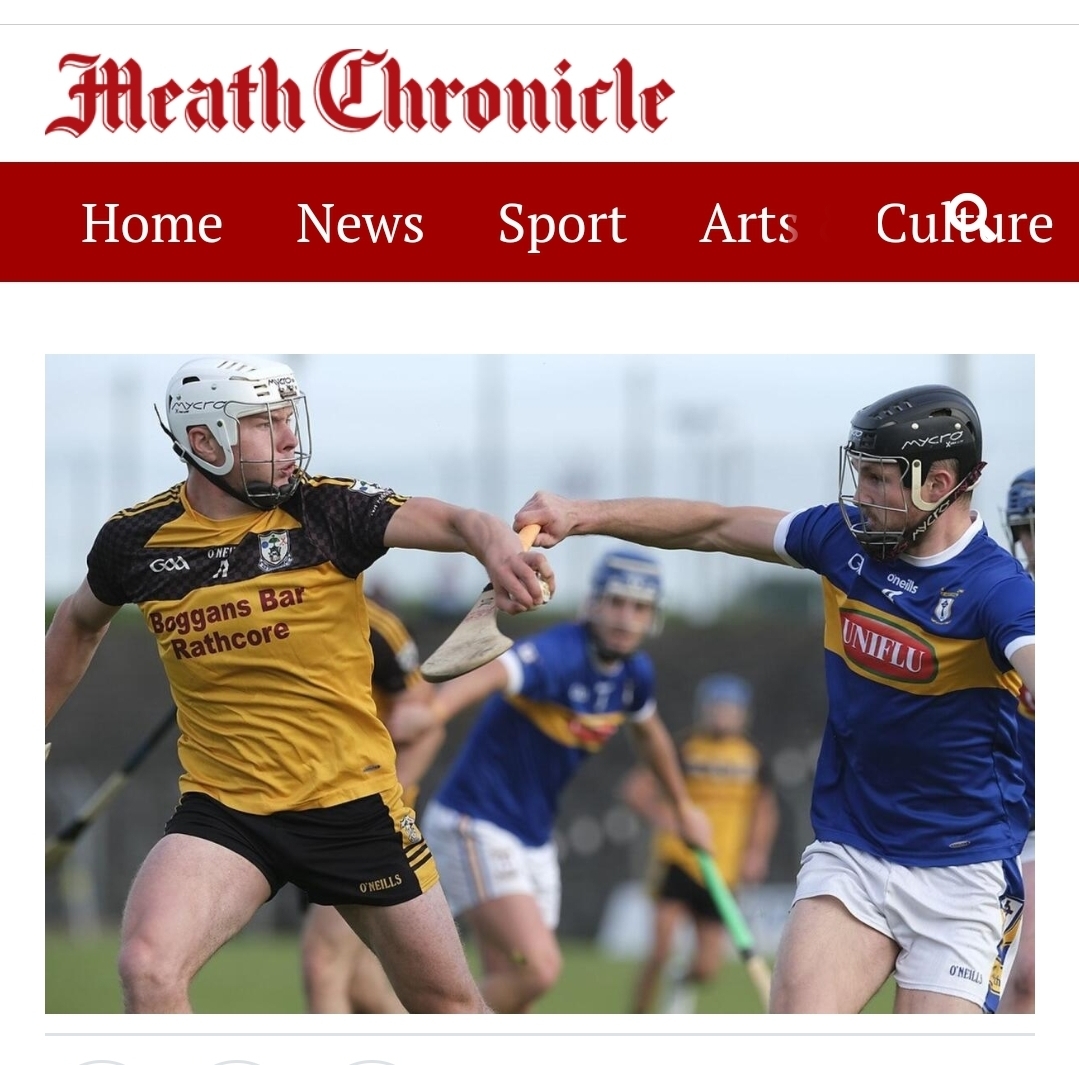 It was all too easy for Ratoath as they strolled to their first SHC final since 1969 with a comprehensive 2-24 to 0-8 semi-final victory over Na Fianna at Pairc Tailteann this evening.

It was actually something of a shock that Na Fianna opened the scoring with a third minute free from Barry Slevin, but by the 10th minute they were already chasing a lost cause as Padraig O'Hanrahan ('65') and Cian Rogers pointed before Rogers snapped a half chance to the top corner of the net to make it 1-2 to 0-1.

Shane Walsh replied with a point for Na Fianna, but by the time they scored again through Ethan Devine 11 minutes later Gavin McGowan (two), Tom Fadden (two), Bryan McMahon and O'Hanrahan (free) added to Ratoath's tally to stretch their lead to 1-8 to 0-3.

McMahon added his second point before Gavin McGowan blasted a brilliant goal four minutes before the break to make it 2-9 to 0-3 and that was essentially that.

Na Fianna did have a chance of a goal when Walsh hit the post with a half chance after Darragh Kelly and Fadden had added to Ratoath's tally, but it was O'Hanrahan who closed the first-half scoring with a free to ensure a 2-12 to 0-3 interval lead.

Jack McGowan and Gavin McGowan extended that lead to 17 points before Slevin scored his sole point from play and the one-way traffic continued with two points from O'Hanrahan (one free) and one from Gavin McGowan making it 2-17 to 0-4.

Sean Martin and O'Hanrahan (free) traded points before the second water break, but Ratoath were in cruise control as the sides shared the next four points as Barry Slevin and Sean Coffey responded to points from O'Hanrahan (free) and Cian Kelly.

Despite taking their foot off the gas Ratoath still closed out in control with McMahon (two), Fadden and Kelly (free) adding to their tally as Barry Slevin's late free was all Na Fianna could muster in reply as they prayed for an early final whistle.